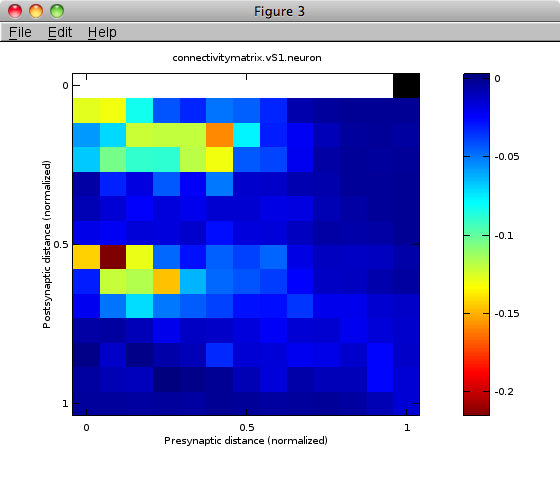 Figure 1. Neuron to neuron connectivity matrix for the whisker (vibrissae) related somatosensory cortex. The computations were carried out by and the image was generated using Octave. The matrix shows that layer 4 and 5a neurons provide excitatory input into layers 2/3 and layer layers 2/3 neurons provide excitatory input into layers 5a and 5b. This matrix was used for Figure 7e in the paper “Laminar Analysis of Excitatory Local Circuits in Vibrissal Motor and Sensory Cortical Areas” published January 4, 2011 in PLoS Biology.

Surprisingly little is known about detailed brain circuitry, which presumably underlies the dynamics of signal processing in the brain and, therefore, brain functions such as behavior and cognition. New techniques are helping to quantify specific features of brain circuits. A paper from earlier this year, “Laminar Analysis of Excitatory Local Circuits in Vibrissal Motor and Sensory Cortical Areas” (published January 4, 2011 in PLoS Biology), reports on a method that uses data from laser scanning photostimulation experiments to provide direct quantitative comparisons of excitatory connectivity amongst brain micro-circuits.

The authors obtained maps of local intracortical sources of excitatory synaptic input by recording the electrical activity of an individual neuron while exciting small clusters of neurons from various sites surrounding the recorded neuron using photostimulation to release caged glutamate. The validity and usefulness of the connectivity matrices they present rest on their accuracy of their calculations. Those interested in investigating or applying their methodology may download their data and calculations from the SenseLab ModelDB repository (see Note below).

Note: The data and code for deriving connectivity matrices is available from the SenseLab ModelDB repository. Versions for both Matlab and Octave, an open source alternative to Matlab, are available. Go to the “Laminar analysis of excitatory circuits in vibrissal motor and sensory cortex (Hooks et al. 2011)” record.

Note: When Octave tried to create graphic output of the connectivity matrix results my system couldn’t find gnuplot, which is apparently the default graphics setting for Octave. Octave is able to use the standard graphics library known as OpenGL. Tell your system to use OpenGL for its graphics by entering graphics_toolkit("fltk") at the Octave command prompt. Next load the Octave file mhconmatvalues20100928_octave.m by entering mhconmatvalues20100928_octave at the command prompt. Six figures should appear (see Figure 1 above).

The team used Matlab to carry out their analysis. Matlab is commonly used within the neuroscience community but, unfortunately, the software package is too expensive for most individuals to own. It’s fortunate that an open source alternative known as Octave is available. It’s also fortunate that this research team included an Octave version of their data and analysis file in their SenseLab ModelDB repository posting. This recent contribution continues Dr. Gordon Sheperd’s commendable efforts to provide open access to neuroscience data and tools. 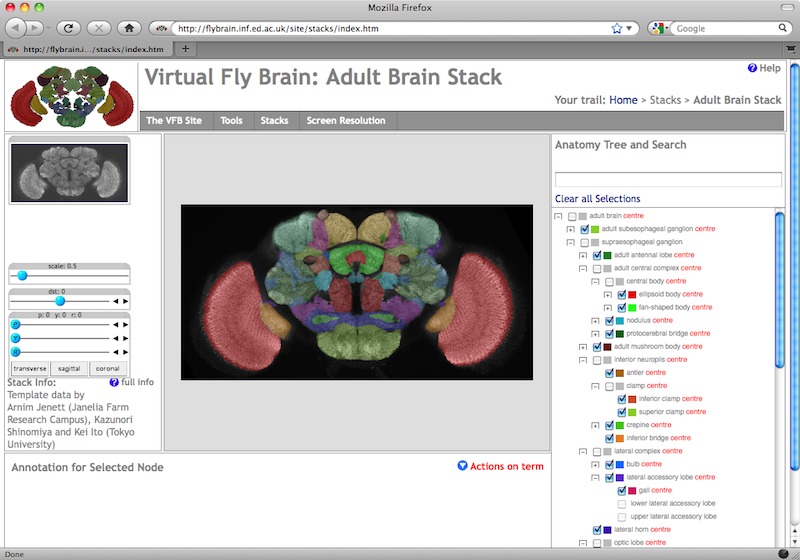 Figure 1. The Virtual Fly Brain beta website. Click on Show all Domains to view the controlled vocabulary displayed down the right-hand side of the page.

This past December I wrote “I’d love to be able to use a virtual fly nervous system” (see How the Brain Works, Flies, and the FlyBase Online Data Repository). A week ago David Osumi-Sutherland from the FlyBase Consortium posted a response that “A beta version of Virtual Fly Brain is now live” (see Figure 1 above). 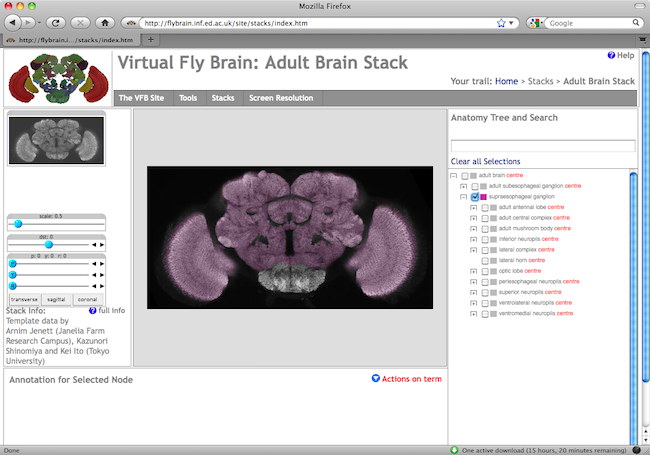 Figure 2. The supraesophageal ganglion includes the colorized area shown in in the fly brain displayed by the Virtual Fly Brain website.

The anatomy listing is a display of the Drosophila Brain anatomy ontology, which was developed using OWL2. The ontology provides a means to interlink fly anatomy with innumerable pieces of data. I look forward to exploring more of this promising tool as it develops.

How the Brain Works, Flies, and the FlyBase Online Data Repository

The results published in “Spike-Train Communities: Finding Groups of Similar Spike Trains” (February 9, 2011 in the Journal of Neuroscience) provide a clear case for data sharing. The author of the paper, Dr. Mark Humphries, was motivated to develop a new algorithm and methodology to help identify similar spike train patterns generated by individual neurons to repeated stimuli or by large sets of simultaneously recorded neurons. Similar patterns can be evidence of common coding or for cell assemblies.

The author devised a new grouping method based on network theory (part of graph theory) that self-determines the maximum number of groups in any set of spike trains and groups them to maximize similarity within each group. The only free parameter used in the method is the timescale for pairwise comparison.

Note: The Spike-train Communities Toolbox for MATLAB includes the paper’s algorithm and control analyses on spike train time series and is publicly available from the Adaptive Behaviour Research Group’s code repository hosted by the University of Sheffield.

With these testing results in hand, the author was ready to use his method on actual recordings from neurons.

Note: The synthetic spike train data the author used to test his clustering algorithm was created by Fellous, Tiesinga, Thomas and Sejnowski and was reported in “Discovering Spike Patterns in Neuronal Responses” (published March 24, 2004 in the Journal of Neuroscience). The data are available from here (there’s a small typo in the web address published in the paper).

Note: The single unit data was collected by Coizet, Dommett, Redgrave, and Overton and was reported in “Nociceptive responses of midbrain dopaminergic neurones are modulated by the superior colliculus in the rat” (published March 3, 2006 in Neuroscience).

The author analyzed multi-neuron data from visual cortex. These data were composed of spike trains collected simultaneously from spontaneously active neurons in primary visual cortex (V1) and V2. In V1 the algorithm found significant group structure during a little more than half the time examined. This suggested that groups were transient entities. The algorithm found two groups in V2 with in-phase population activity at about 0.8 to 1 Hertz and anti-phase activity at frequencies less than about 0.4 Hertz. The important interpretation of these data is that “individual neurons change their contribution to the population activity over time, and that, as a consequence, both ensemble and individual firing patterns are unique.” Further analysis also led to the conclusion that the organization of spontaneously active V1 and V2 cortex combined fluctuates over timescales of tens of seconds and each cortical area alters its internal correlation structure independently of the other.

Note: The multi-neuron data from cortical areas 17 (V1) and 18 (V2) were recorded by Tim Blanche in the laboratory of Nicholas Swindale, University of British Columbia, and downloaded from the National Science Foundation funded Collaborative Research in Computational Neuroscience data sharing website.

In summary, the new algorithm and methodology provided significant new insight into existing data (some available online; please see notes above) and existing computational models (both available from online repositories; please see notes above). The new insights into brain systems accomplished through the reanalysis of hard won data provide a strong case for continuing to make more data widely available. You can never tell who will come up with the methodology that will open the door to a flood of new insights. Dr. Humphries’
new method has the potential to help us directly observe dynamic cell assemblies.